A dream of mine came true on Sunday.  We took Alma to Disneyland.  She didn’t know what to expect, which made it all the more amazing.  Seeing her face as we walked into the park solidified my opinion that Disneyland is magic.  Truly.

Just standing outside the gates, she could tell she was somewhere special.  I mean, Mickey’s face made out of flowers?  Magic. 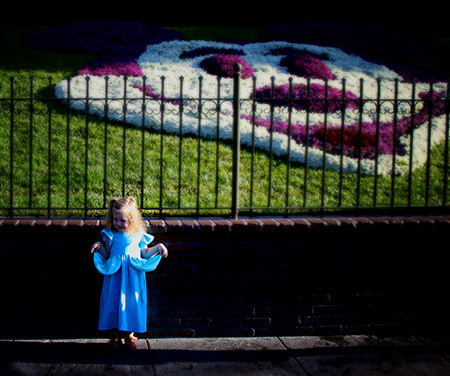 We got there right when the park opened, so it was really empty.  We got to watch all the horse drawn trolleys, and other vehicles filter into the park.  At this point I thought that would be enough.  Alma would have been happy just having seen this.  She had no idea the magic that was yet to come. 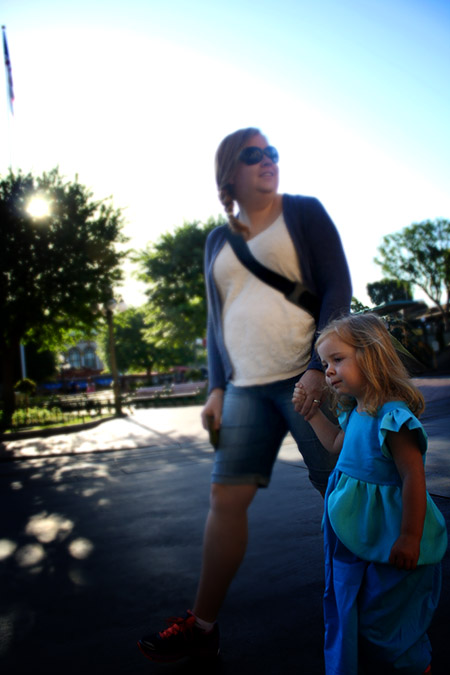 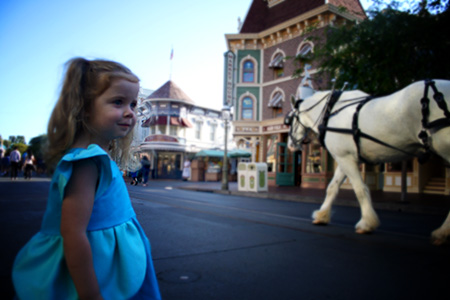 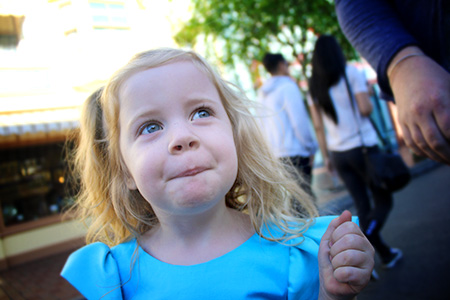 We rounded the corner and she saw the castle. 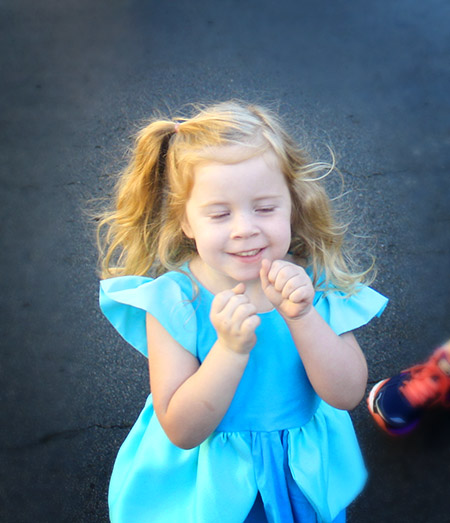 Jesse and I got down to ask her what she thought.  She seriously had no words.  Magic. 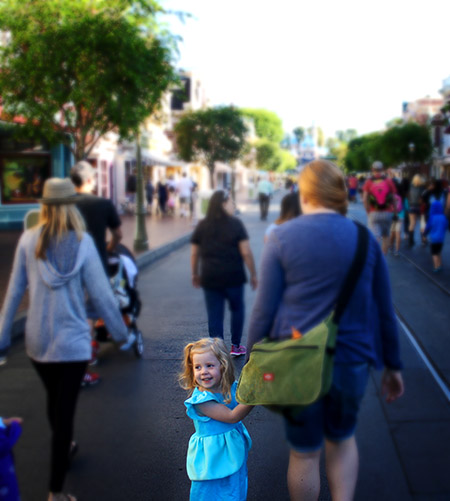 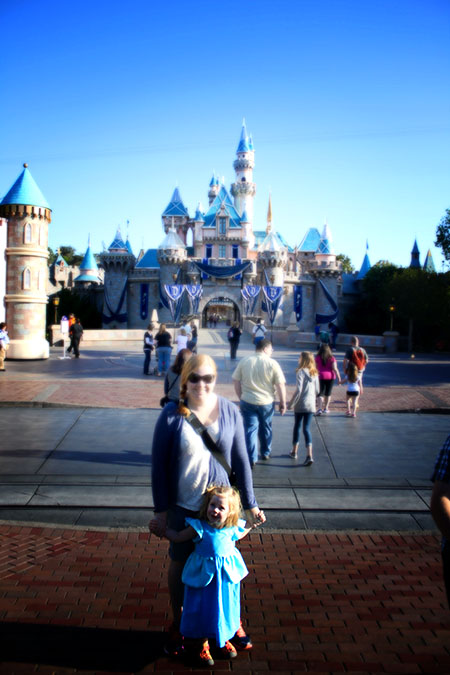 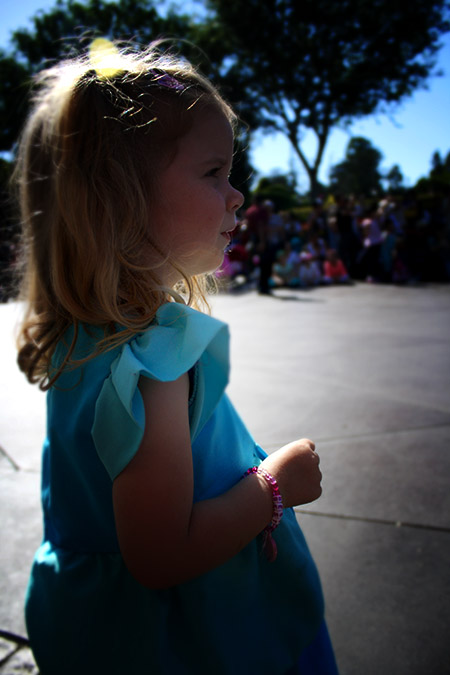 She met Mickey, and, I kid you not – she bowed to him.  Her face was serious.  She put one hand behind her back, and one hand on her tummy.  And bowed.  Magic. 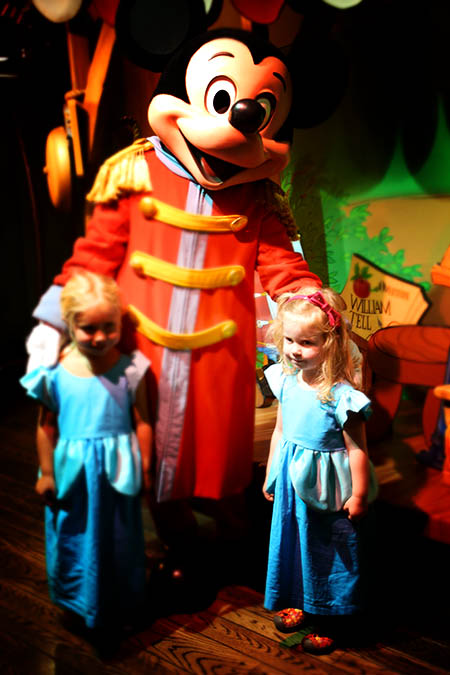 We were at Disneyland for almost 12 hours, and by the end we were all running on the magic. 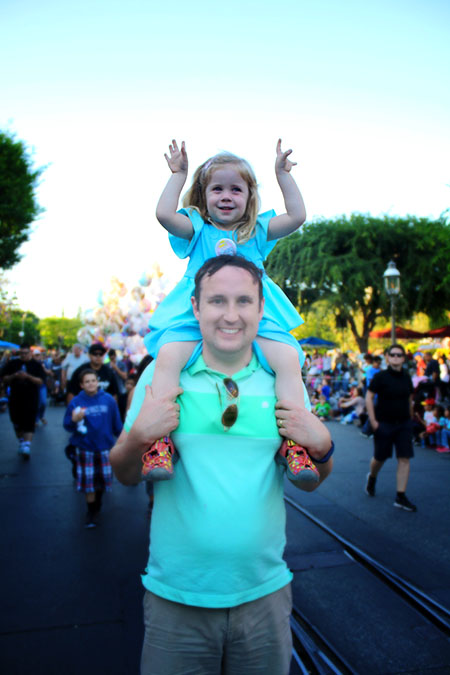 We were leaving when we ran into the parade.  We found a spot to wait for the princesses.  Rapunzel looked right at my girl and waved. 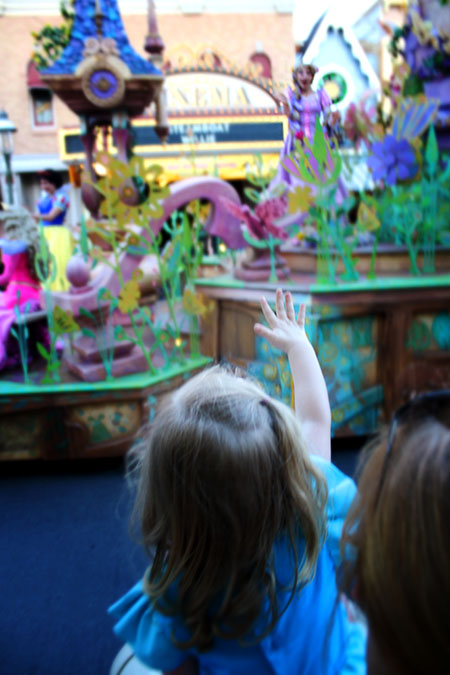 Cinderella was on the back of the float.  Alma shouted out Cinderella’s name and showed her her own Cinderella dress.  Then Cinderella blew my little Alma a kiss.  I had a lump in my throat.  The magic was too intense.  Alma was in it.  She believed.  And it was magic.