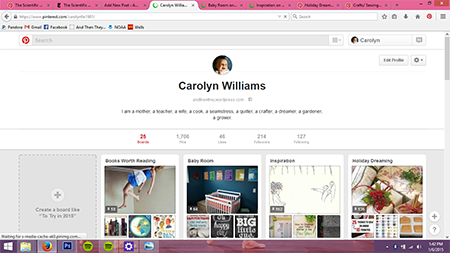 I was sitting here, trying to decide whether or not to repin some fitness pins.  It occurred to me that I already have quite a few fitness pins – many of which I have never actually clicked on.

What’s the use of pinning new fitness pins when I don’t even look at the pins I have.  It doesn’t actually make me stronger – just having the pins.

So, I went to my fitness board and clicked around.  I was drawn to the 7 minute workout pin, mostly because it’s from the New York Times, and I liked the simple illustrations.  The link told me that they have an app, so I downloaded it.  I love things that only take a few minutes.  I am way more likely to do it if it’s quick and easy.

I set the app up, turned it on and did the 7 minute workout.  Turns out it was quick, but not easy.  In fact I’m already sore.  I could keep up until the last two exercises – push-up and rotation, and side plank.

Which is the exact reason I need to do this everyday – or at least more often.

I made a new goal sheet. 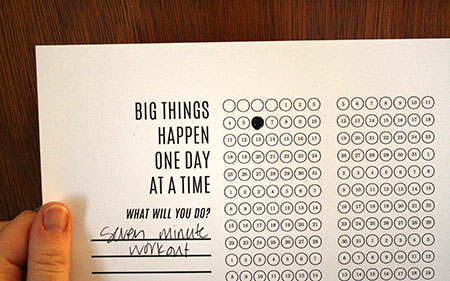