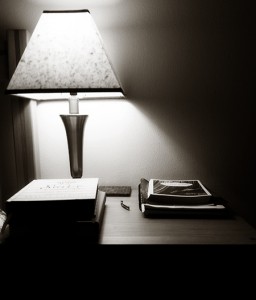 All the Ugly and Wonderful Things by Bryn Greenwood.  This book was hard to put down, but also hard to read.  It was an amazing story that was touching and moving and heartbreaking.  It is told from different points of view, which, I’m learning, is a writing style that I find really interesting.  It did bother me, though, how some of the chapters were in first person, while some were in third.  I figured that the more important characters, who were living the story, were telling it in first person, while the characters who were more on the outside had a third person narrative.  But that wasn’t even true for all the chapters.  The story is about Wavy, who is a tragic little girl whose life has been difficult, at best.  I love child narrators and stories about children, and this book was no different.  At times, I felt so uncomfortable rooting for the love story because it was so such an unconventional love story.  My book club mostly agreed that this was a really good, well-liked book, that we would each have a hard time recommending to people because it made us feel uncomfortable.  But, I would totally recommend it to people.  If that makes sense at all.

Fun Home by Alison Bechdel.  I read this book after seeing Evynne’s Contemporary American Songbook show at the Shedd.  She did a few songs from the show that is based on this graphic novel.  I don’t read many graphic novels, so it was fun to do something a little different.  It is a beautifully written and drawn memoir about the author’s family – most specifically her father, who was gay and killed himself.  It is honest and dark and funny and I really enjoyed it.  Now I really want to see Fun Home performed.

Wishing Day By Lauren Myracle.  This is a really great story about a girl in a special town.  It’s a young adult novel that is part of a trilogy.  Natasha lives in Willow Hill, where every girl, when they turn 13, gets to make three wishes – The first wish is an impossible wish. The second is a wish she can make come true herself. And the third is the deepest wish of her secret heart.  Natasha is a typical 13 year old girl, but she lives in a world with magic and wishes that can come true.  There is a good mystery and the characters are fun and likeable.  The only thing I don’t like is something that I don’t like in a lot of young adult series these days – they just leave off on a cliffhanger.  I mean, I get that it’s fun to leave things open that need to be solved throughout the series, but I like some sense of closure.  JK Rowling did this really well in her series – even though we knew there were bigger issues that weren’t resolved, she closed up each book and left us with a satisfying ending.  Wishing Day almost seemed like a long introduction to the series – a lot of exposition of the setting and backstory.  That being said, I look forward to reading the other books when they come out, so I’m not that mad about it.

Are You My Mother? By Alison Bechdel.  This is a follow-up to Fun Home, but more about Alison’s mother this time.  It actually was more of a meta-book that was about how Alison and her mother connected throughout the writing of Fun Home.  It also goes into how Alison has dealt with her life through an in-depth study of psychoanalysis.  It actually brought up a lot of information and questions about how we raise children, and how the way we were raised as affected us as adults.  The narrative wasn’t as engaging as Fun Home, but the psychology was interesting to learn, and having it presented as a graphic novel certainly made the details easier to read and understand.

Handmaid’s Tale by Margaret Atwood.  This is my second time reading this one.  I read it with my book club a couple years ago and really enjoyed it (maybe ‘enjoyed’ is the wrong word).  I thought it was fascinating and I love this genre – the dystopian/ post-apocalyptic thing.  This book is particularly interesting because the future isn’t too distant.  I mean, Offred remembers a culture that is very similar to ours now and everything changes to the hyper-religious, hyper-patriarchal culture of Gilead within a couple years.  It’s fascinating, and more terrifying to think of things changing so quickly.  Obviously this book is well-written and well crafted, considering it is written by Atwood.  It’s beautiful and haunting and disturbing.  This time through, I was really struck by the fact that it doesn’t follow a typical narrative arch.  I mean, when you think about it, nothing really happens and nothing is ever really resolved.  This doesn’t sound like a glowing review, but literarily, it is really successful and really fascinating.