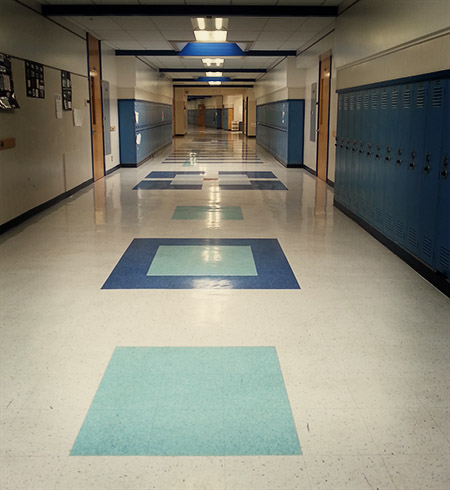 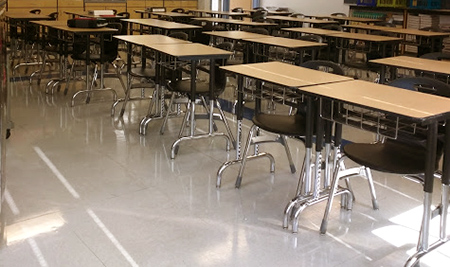 Truth time.  I love subbing.  It’s taken me years to realize this, but now I’m ready to publicly admit it.

I have been reluctant to admit it, because somehow it feels like a failure.  I didn’t get my masters degree to be a sub.  I got it to be a teacher.  That was the plan, but it isn’t how it’s worked out.  That’s the thing about plans, though, isn’t it?

After Peace Corps, I went back to my job as an assistant teacher for a special needs preschool.  We spent the first week of September setting up our classroom, along with all the other teachers in our building.  I walked down the hall and was jealous of the ‘real teachers’ setting up their own rooms.  I know that I was feeling down about coming home from a grand adventure, and just falling back into the person I was before I left – though I felt different than the person I was before I left.  I wasn’t even a lead teacher, I was just back in my role of assistant.

I decided then, and there, that it was time for a real change.  I looked into teacher training programs, and found one in Eugene that would start in January.  I applied, took some tests, and was in.  I knew I was on the right track as soon as I went to the first day of orientation.

After I graduated, I looked for jobs, but couldn’t find one.  I became a substitute teacher, but kept looking for a ‘real’ job.  I went to graduate school for this.  I went to be a teacher.  I went to have my own room that I could design, and curriculum that I could create, and students who were ‘mine.’  I felt like a fake, like not a ‘real teacher.’  I felt like people looked at me like I just couldn’t cut it, and that’s why I didn’t have a ‘real job.’

I has been almost five years since graduate school, and I’ve had some long-term jobs, but nothing permanent.  For the first four years, this made me feel bad, like I couldn’t cut it.  Every summer I would apply for jobs, and go to interviews, but I was never hired.  It was a self-esteem killer, I’ll be honest.

This past summer, I decided not to even look at jobs that were posted. I came to a very important conclusion and here’s my public declaration: I really, truly love subbing.   I’m not ashamed or embarrassed.

I looked at what I love about teaching and realized that there are three main things – the kids, the curriculum, the learning.  I thought about it, and realized that I get all three of those things as a sub.  These days, I mostly work at two middle schools.

I know the kids.  I have relationships with the kids.  In some ways, I can have better relationships with the kids because I’m not the ‘real’ teacher, the one who gives them grades and who has real expectations on them.  I’m like the fun aunt who comes to babysit.  I’m not saying that I don’t discipline the students – I certainly don’t run a loose classroom (in fact, some students say that the class never works as hard as when I’m there). When I walk through the halls, the kids ask who I’m subbing for and are excited if they’ll have me that day.  They tell my I’m the best sub.

Since I’m in these two schools, the teachers know that I can actually teach.  They don’t just leave videos or worksheets.  They trust me to continue their curriculum, and sometimes, I even get to create my own.  I get to lead discussions, and see real learning take place.

While lots of teachers leave grading for me to do, it’s easily completed in my time on the clock.  As a sub, I don’t ever have to take work home with me.  I leave school when my day is done, and can focus the rest of my day on my family.

I mostly just sub at two middle schools.  I get enough work from them.  They know me, and I know them.  The teachers will set up the jobs days, or weeks in advance (which makes it much easier to find grandparents who can watch my kids while I’m working).

That’s the other thing!  I get to spend so much time with my girls.  I only work 2-4 days a week, so I still get to be with my kids a lot of the time.  I get to take them to school, and pick them up.  I also get to choose when I work, so if one of the girls has an appointment or a program at school, I know that I can be there for them.

I don’t know what my plan is from here.  Maybe I’ll get a ‘real job’ someday, when my kids are older.  Maybe the perfect job will come around and I’ll have to jump on it.  Maybe I’ll sub forever.  Maybe I’ll stop teaching completely and focus on creating for my shop.  Who knows?  That’s the thing about plans… 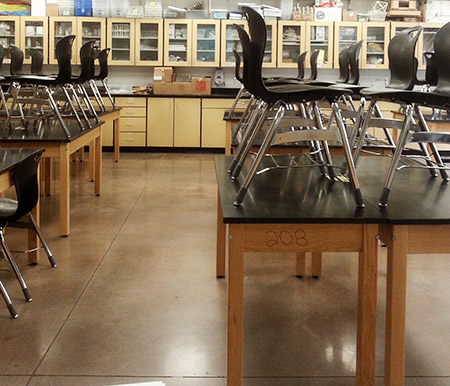 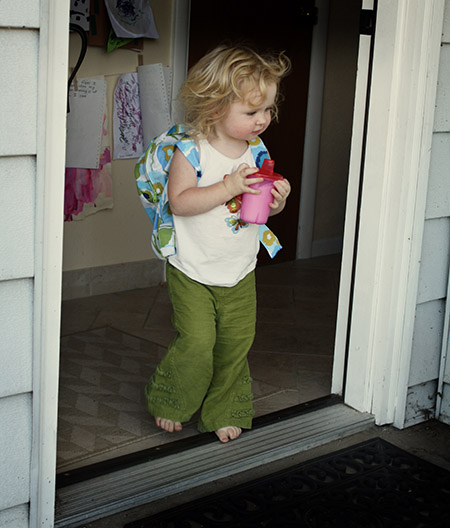 This girl is starting school next week.  Like for real, three mornings a week, with teachers and friends, school.  It’s the same class Alma was in last year, with the same teachers.  I love the school and am so excited for Harriet to go along with Alma this year. 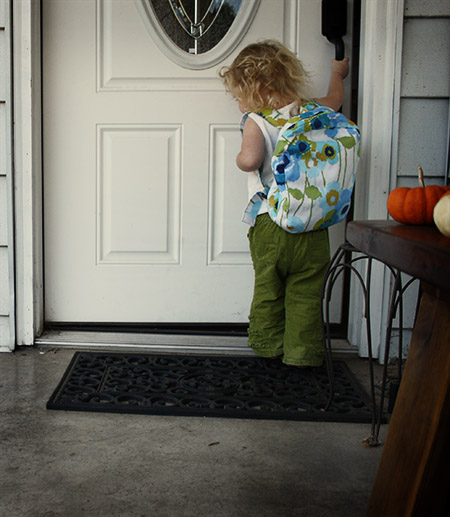 Of course, even though they said she won’t need one, I made Harriet her very own backpack. 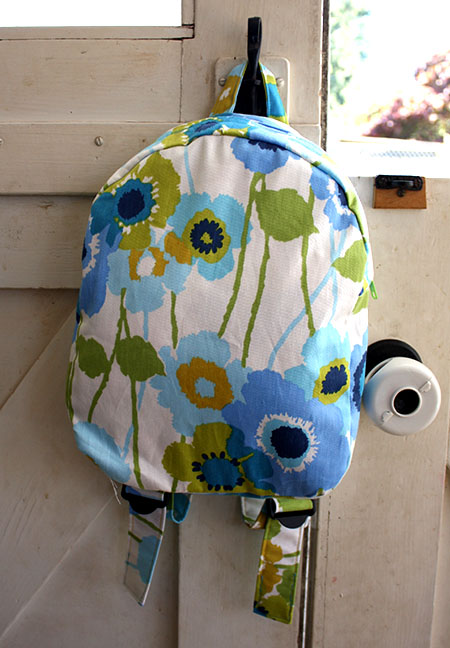 I used the same Oliver + S pattern I used for Alma’s backpack and I loved it (I always love Oliver + S patterns).  I made it even more simple and didn’t do any of the pockets or anything.  I even machine sewed the lining to the zipper instead of doing a blind stitch, mostly because I’m lazy. 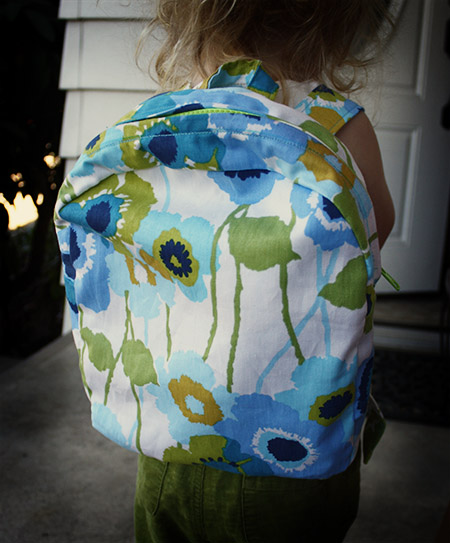 The backpack came together all in a day, after having the pieces cut out on my sewing table for over a week.  That’s pretty much how I roll. 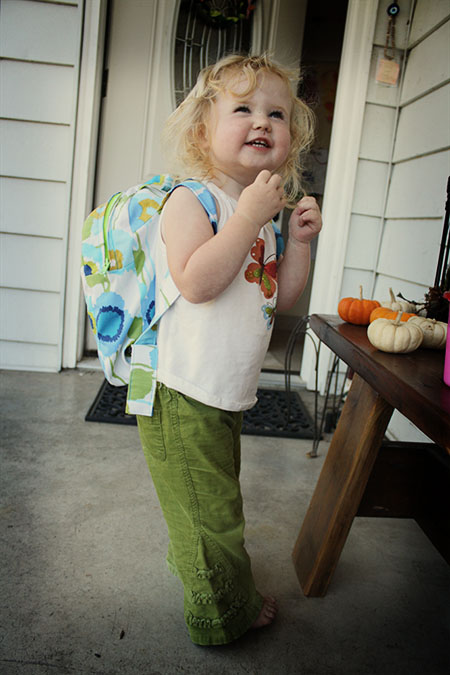 I gave it to Harriet when she woke up from her nap and she was smitten.  She loves backpacks more than anything.  She wore it around the whole afternoon.  I am so happy that she gets to take a little mama-made backpack with her to school.  I can’t wait until she starts filling it up with some Harriet-made creations. 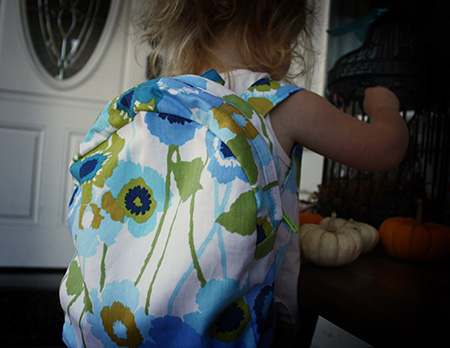 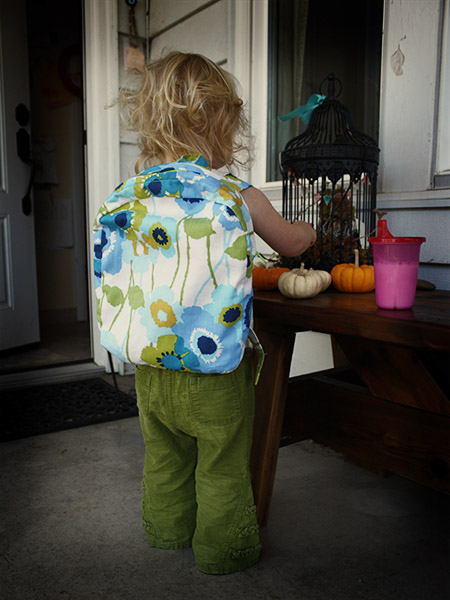 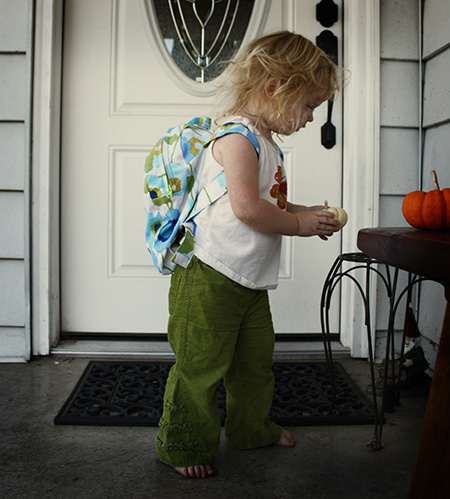 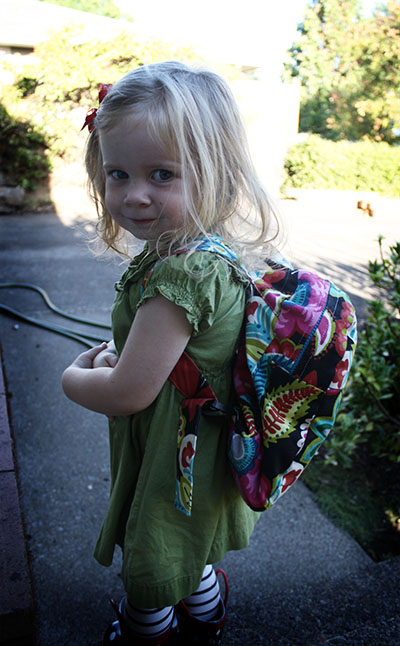 This little girl is getting pretty big.  In fact, she’s starting pre-school next week.  We are so lucky to have her nanny be her pre-school teacher.  Talk about the best thing that has ever happened in the history of education.  Rach is Alma’s favorite person (actually, she’s one of our whole family’s favorite people).  I had been worried about Alma going to pre-school, but since Rach will be there, I have no worries.

Anyhow, I made her a backpack to take with her. 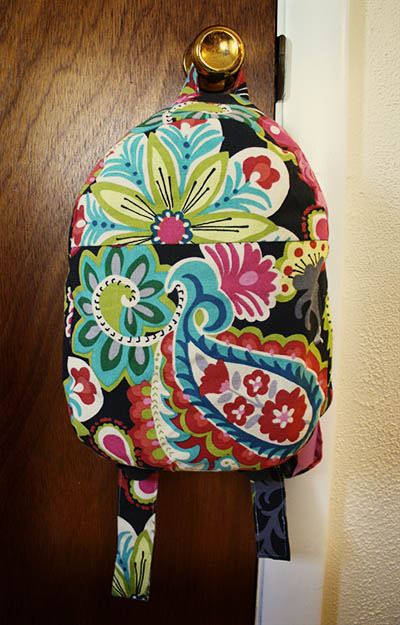 I used the pattern in the Oliver + S Little Things to Sew book.  As always, I loved the Oliver + S pattern.  I used some outdoor fabric from a local fabric store.  It’s nice and strong and I think it will hold up well. 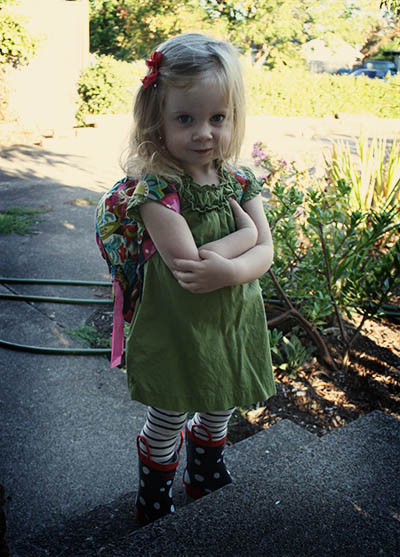 Alma took the backpack on our trip to California, and it was great to have her carry her own snacks and books on the plane.  She really loves putting things in, and taking things out, of the backpack.  I put an extra long ribbon on the zipper, so it’s easy for her to open and close. 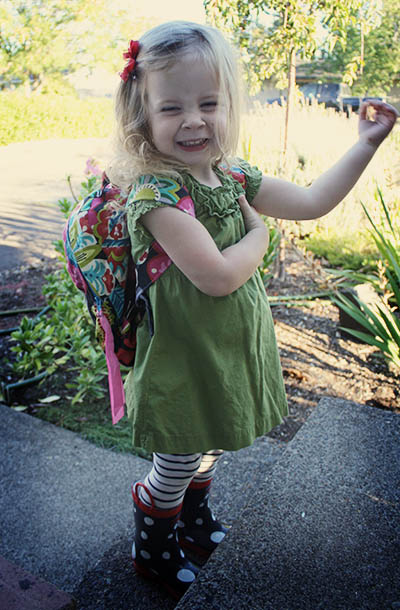 I can’t wait to see what kind of treasures she’ll bring home from school!