Standing in the dark, holding Alma, watching the curtain call of an amazing children’s theatre production of Beauty and the Beast.  I had to fight back tears.  It obviously isn’t an overly emotional play, but I found myself overcome with emotion.  It happened a few months before, watching the curtain call of another children’s production of Peter Pan with Alma. 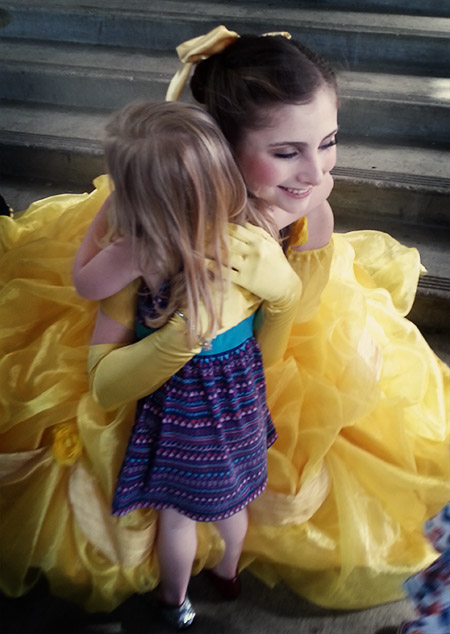 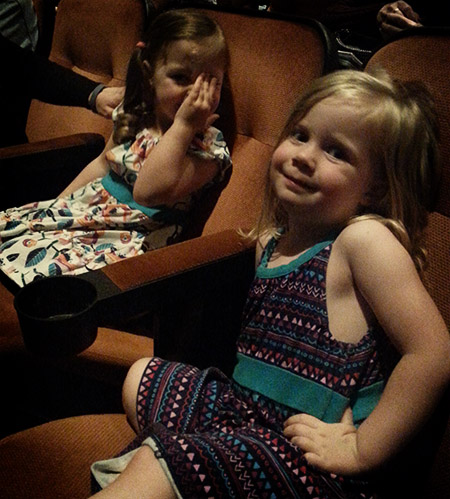 And to share it with my daughter.  Magic.  Watching Alma become so enraptured with what’s happening.  The way that her eyes don’t leave the stage.  The way that she reacts to all the shocking moments, the scary things, the funny jokes, the soaring high notes.  She lives it, and she loves it.

Watching musicals with Alma adds another layer to the emotions on stage.  It feels so special to share one of my passions with my little daughter.  She eats it up, and I couldn’t be happier.  I love to share the shows with her, but I also can’t help but glimpse a possible future of watching her on the stage, pouring her heart out. 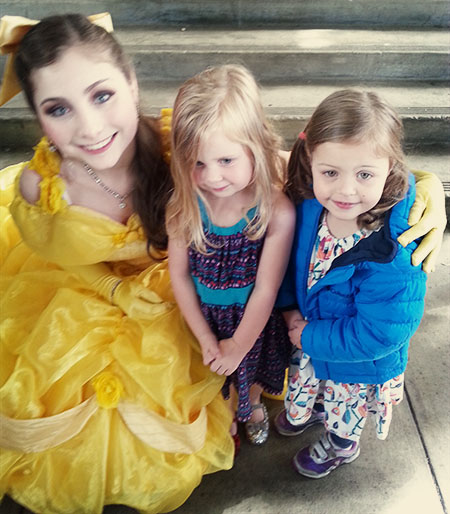 Today, we played a little game.  I’d sing a few lines from some of the shows and movie musicals she’s seen.  She can identify the movie within a few lines, if not a few notes.  It sort of blows me away.  Alma really hears the songs, and understands their importance.  She identified one of the Beauty and the Beast songs, and she had only heard it once, when we saw the play.  These songs are leaving their mark on Alma.  They are becoming the soundtrack of her life.

The soundtracks of West Side Story, Music Man, Peter Pan, My Fair Lady, The King and I are among the soundtracks of my childhood.  My adolescence consisted of Phantom, Les Mis, Ragtime, Beauty and the Beast, Miss Saigon, and of course, Rent.  Add Oklahoma, 42nd Street, Once Upon a Mattress, and Pajama Game from my school drama program.  My young adulthood added Wicked, Lights in the Piazza, Little Women, Urinetown.  My middle adulthood is all of those, plus Next to Normal, Ordinary Days, The Last 5 Years.  When I hear a song from a musical, I am transported back to the time in my life when the song was played on repeat.  It is fair to say that these will always make up the soundtrack of my life.  And I love that they are playing in my kids’ lives, too. 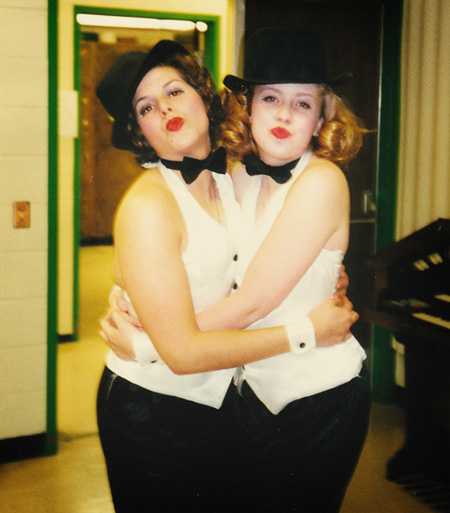 Friday the 21st:  Subbing – My first day back at work.  Oh boy do I love middle schoolers!  I missed my babes, but it was great to spend some time with those amazing big kids.

Tuesday the 25th: Friends – Such a great way to celebrate my birthday.

Wednesday the 26th: Frozen – A wonderful movie to see with my dear friends.  It completely satisfied my love of musical theater.

Thursday the 27th: Pandora – My Audra McDonald station is on a roll of my favorite songs right now.  Gotta be grateful for that!