Having toddlers, our fireworks time is pretty short, and pretty early.  Last year I bought about $25 worth of ground bloom flowers, sparklers, smoke bombs, and fountains.  We still had more than half left over this year.

After dinner, we handed out popsicles to Alma and her bff Rory.  Even though it was fully light outside, we lit some fireworks.

The kids were pretty concerned, but Rory’s grandma (and our next door neighbor) was there to protect them. 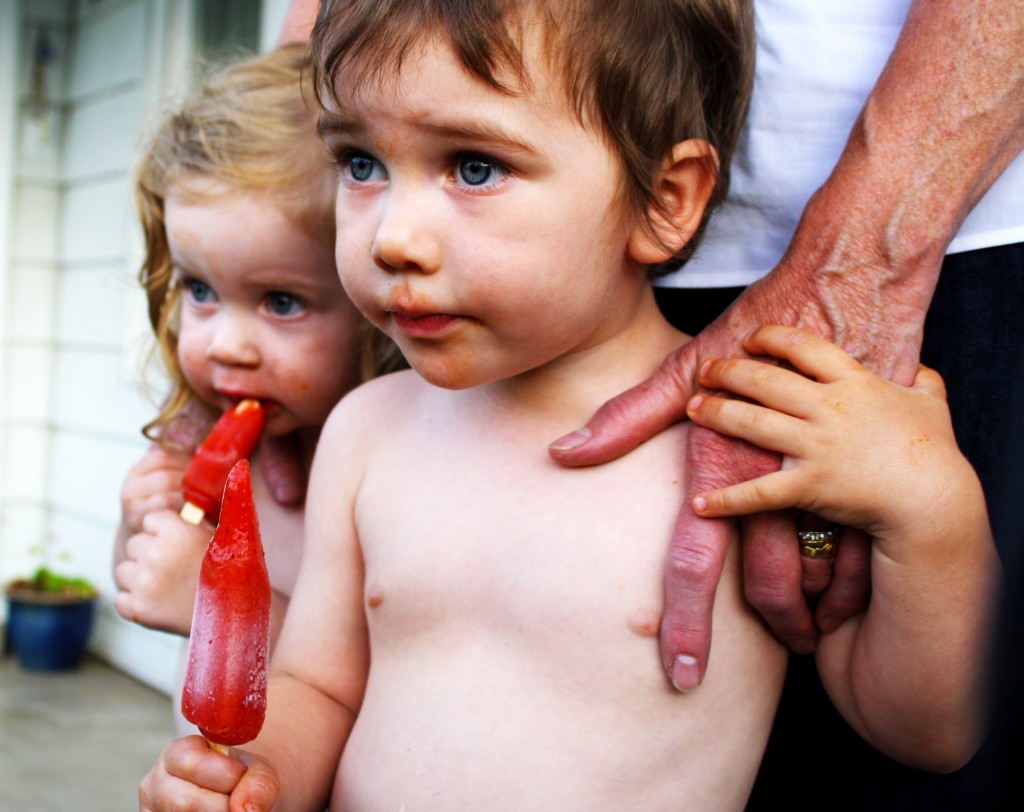 Alma liked the green one.  She still talks about it.

The kids were concerned, but not terrified.  I think this next photo pretty much represents how they were feeling. 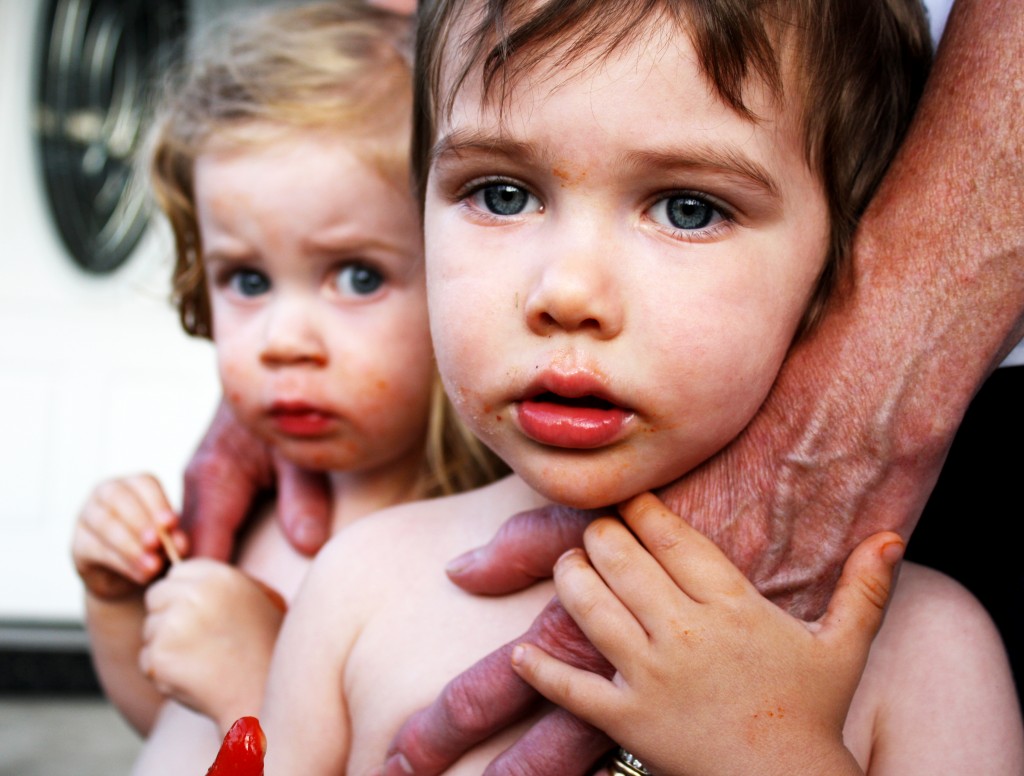 The popsicles totally helped them hold it together.  Once Rory finished his, he started crying, even though we were back inside and it had been a few minutes since the last firework.